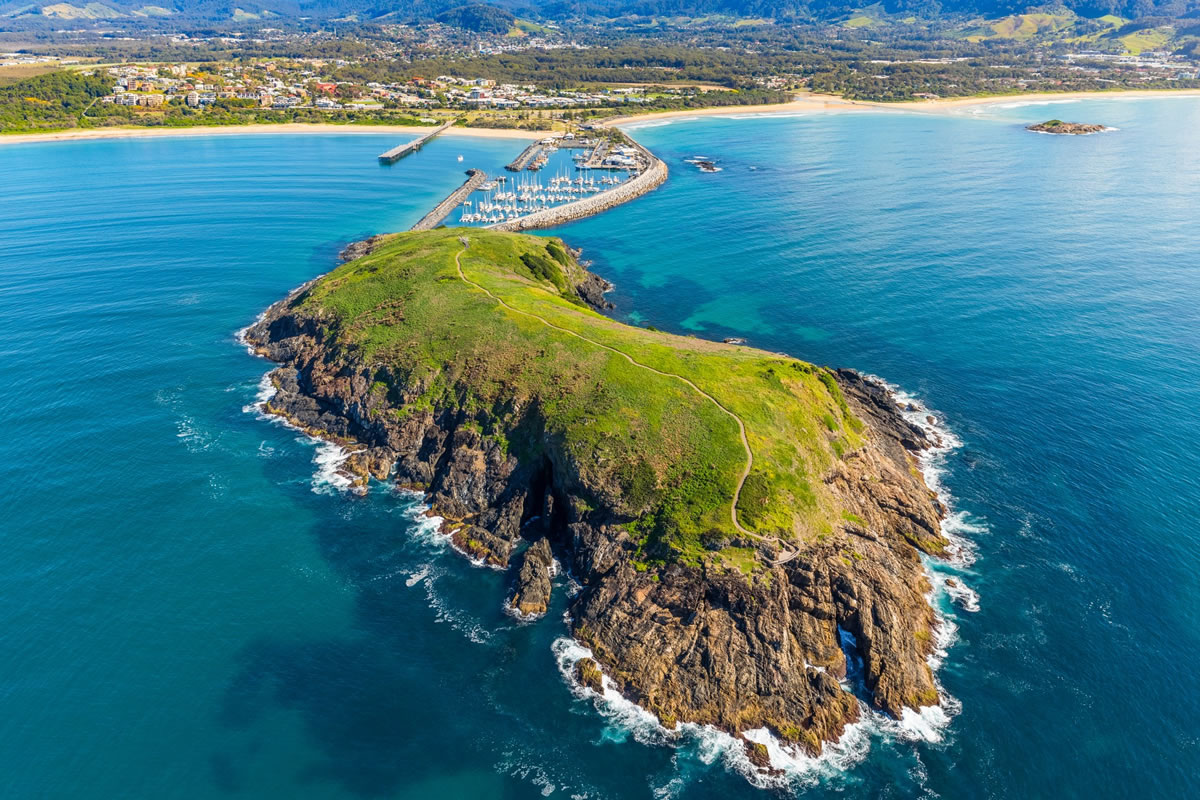 Pacific Marina Apartments is proud to pass on the good news about a Coffs Harbour based Film Production Complex.

Bringing Lifestyle and Education to the Film Lot

Russell, Peter and Keith plan to create a studio complex of the highest international standard, offering cast and crew a premium lifestyle with the latest virtual production technology, while ensuring Coffs Harbour and Australia benefit from delivering targeted on-campus career training supported by tertiary educational institutions such as the Australian Film Television and Radio School (AFTRS) to help meet the current skills gap.

2000+ Nearby Acres of Stunning Backlot

While lifestyle and full studio facilities may co-exist at Pacific Bay Resort Studios and Village, two nearby backlots further enhance the appeal of bringing international and local feature films to the region.

Sitting atop the Great Dividing Range, and only 20 minutes from the resort are 1500 private acres of undulating woodland and pastureland along with flowing river access. The second backlot is considered “Australia’s Augusta”, the nearby Bonville Golf Resort, with mansion-like clubhouse and accommodation fronting picturesque fairways surrounded by rainforest.

In addition to the backlot and rainforest located approximately three kilometres west of the resort, Pacific Bay Resort’s coastal location means spectacular ocean views and direct beach access for marine production that can also embrace the nearby Solitary Islands.

Olympian and resort owner/operator Peter Montgomery has long dreamed of enhancing Pacific Bay with something such as film-making and cultural facilities to attract world-class productions.

“A great deal of planning and consultation have gone into the design of the proposed Pacific Bay Resort Studio and Village,” says Mr. Montgomery. “Its proximity to Coffs Harbour airport and the data centre are complemented by the region’s outstanding climate and natural landscape. Our studios will cater for major international feature films as well as local productions, giving them the bonus of resort lifestyle in facilities that are designed to bring employment to the region and work in harmony with Coffs Harbour’s Regional City Action Plan.

“The NSW north coast is already populated by many skilled cinema technicians and artisans, some of whom have already contacted us to express their support and readiness to be involved. We have representatives here today from some of our prospective tenants – leading figures in the film world. We also hope to have a tertiary school based here that will include an Indigenous Film component.

“The project will also involve the foundation of a new animation business together with a substantial post production capacity to support films shot at the studios as well as external projects. We are also including a Film and Olympic Museum together with an art gallery, integrated into a separate entertainment facility.”

Mr. Montgomery believes that a key aspect of the design is to take into account all of the latest environmental techniques that can apply to such a project including solar, wind and geothermal power as well as water conservation and re-distribution around the site.

“We are delighted with the preliminary indications of support for the project from all levels of government and welcome Deputy Premier, John Barilaro, NSW Treasurer, Dominic Perrottet, Local Member for Coffs Harbour Gurmesh Singh, and from Coffs Harbour City Council, our Mayor Denise Knight and Chief Planner Chris Chapman. We also have with us today the Chairperson of the Strata Committee, Trisha Singer and the G.M. of the Wyndam Hotel, Ricky Lee together with Five Island Drive representative, Dennis Moore with whom we share this 100 acre site together with the National Marine Science Centre, Head of Screen NSW, Grainne Brunsdon, CEO of AACTA, Damian Trewhella, AFTRS Director of Partnerships and Development, Con Apostolopoulos, CEO and Founder of Leading Edge Data Centres, Chris Thorpe, CEO and Founder of VA Digital Hire, Warren Day, Owner and Managing Director of Spectrum Films, Josh Pomeranz, and Brett Smith, Managing Director ARRI Australia.

“The seamless operation of the new facilities to be located on vacant land (i.e., almost no bush to be removed in the whole project), is an important issue from their perspective –apart from the obvious benefits. Now that we have finalised our proposals we will be briefing and consulting with many parties.”

“Lifestyle film-making with education as the fabric of the studio is what will set our studios apart,” comments Keith Rodger who has spearheaded the project. “By providing everything cast and crews need within the studio complex we can eliminate the time usually lost due to the logistics of bringing a production together in a major city or isolated regional studio.

“Our multiple Leading Edge Data Centre 400GB fibre links and well as our onsite processing and storage capabilities’ will allow offsite producers remote production access with near-zero (>1msec) latency. Real-time data is a given if we’re to appeal to our industries top producers,” says Mr. Rodger.

“Combine that with LED virtual studios, sound-proofed stages, water tanks, a full resort and adjoining city offering the freshest and best cuisine: it’s our coastal lifestyle, all designed to make production more efficient, cost-effective and enjoyable for actors, crews and their families.”

VA Digital Hire is an Australian Film and Television Rental House with test facilities and offices in Sydney, Melbourne and Brisbane. VA regularly services productions from the smallest social media content piece to the largest TV and feature film projects locally or across the world. Managing Director Warren Day comments, “VA understands the needs of production on remote locations and is renowned for its 24/7 service.”

“We have the most up-to-date and diverse rental inventory available in the region including the latest cameras from ARRI, Sony, Red and Canon. VA also has a huge range of lenses including the finest from ARRI, Zeiss, Angenieux, Canon, Cooke, and Leica. VA also delve into the lighting and grip equipment. Our plan is to work with the studios and their gaffer, camera crew and grip partners to deliver or complement the supply of the quantities of gear that major productions demand.”

“It’s fantastic that the partners in a greenfield studio site reach out so early and eagerly to industry partners like ARRI,” comments Brett Smith, Managing Director of camera and lighting manufacturer’s local subsidiary, ARRI Australia. ARRI is the recipient of 17 Academy awards and Emmy Awards for technical innovation over its 104-year history.

“It’s an ideal opportunity for our newly formed ARRI Solutions group to work with Australian systems partners like Framelight to build virtual studios and sound stages that service the largest international or local feature film with the latest Mixed Reality production techniques.

“ARRI’s product strength is in its R&D and we are already sharing knowledge with Keith on our shared vision of where studio technology is heading. And just as importantly, we’ll be given a chance to grow the ARRI Academy with visionary investors who place the same emphasis on service quality and technology as they do on education and local employment.”

Spectrum Films is a pre-eminent family owned post production facility serving the Australasian region by providing leading edge technology and innovative workflows coupled with world-class service and support. Owner Josh Pomeranz has been on board since the project was first discussed.

Established in 1964, Spectrum Films has an extensive catalogue of film credits spanning more than half a century including The Matrix, The Great Gatsby, Wolverine, Lion and Alien: Covenant, through to more recent projects like Leigh Whannell’s The Invisible Man, New Line Cinema’s Mortal Kombat, and Marvel’s Shang-Chi and the Legend of the Ten Rings.

“LuxMC has been at the forefront of implementing the use of Epic Games’ Unreal Engine for Virtual Production and the execution of In-Camera-VFX (ICVFX) workflows. Additionally, LuxMC is working to further Epic’s goal of workflow democratization by devoting internal resources to training and standardization initiatives for Unreal-based Virtual Production facilities.

“LuxMC believes that by providing reliable Virtual Production facilities for productions they can give artists the confidence and foundation to create art that drives innovation and makes these new techniques accessible to productions of any scale. In Keith Rodger, LuxMC has found a partner who shares this philosophy and is excited to work with him to bring these workflows to film production in Australia”

Montgomery confirms that planning applications for the Pacific Bay Resort Studios and Village have been finalised for immediate lodgment with the NSW government as a State Significant Development.

An intense further refinement of the plans will commence after the NSW Governments official response which will also benefit from input from the Coffs Harbour City Council and other authorities. Potential industry partners will be given the opportunity to specify their needs well ahead of time.

To date, we have had the benefit of a number of consultants, lead in particular by architect Rob Harper of RDO Architects and local engineer Geoff Slattery, Chris Wilson and Rachel Streeter of Willowtree Planning, together with ECI involvement from Buildcorp represented here today by its founder – Tony Sukkar. Their contributions have addressed a key aspect of our design: to take into account the latest environmental techniques that apply to large scale projects including solar, wind and geothermal power as well as water conservation and re-distribution around the site.

The project will create large numbers of jobs and high skill careers for regional NSW in fields such as (but not limited to): construction, electrical, greens, animators, illustrators, editors, programmers, cinematographers, actors, accountants, production managers, hair and make-up artist, costume / wardrobe, drivers, caterers, stunt performers and the like.

The project includes the balance of the original Master Plan – Stage I is represented by the existing buildings and facilities. It is essential to provide this additional capacity for the overall effective operation of the studios and the resort as a whole.

The site was at one stage a banana plantation. In the lodged documents there are photographs of the site under construction in 1988.

All major projects have many hurdles before completion. Governments know this well.

We are off to a very good start and hope to secure all necessary consents, agreements and approvals within 12 months.

Deputy Premier, John Barilaro, said the NSW Government will investigate a range of options to support this exciting project.

“This project has the potential to elevate Coffs Harbour to the world stage with international demand for filming space currently at an all-time high,” Mr Barilaro says.

“The Australian film industry employs 20,000 people and if the NSW Government can develop and support regional capacity in this area we can ensure the creation of an entirely new regional industry and a potential jobs boom for Coffs Harbour.”

Member for Coffs Harbour, Gurmesh Singh, says the local community is excited to see this project get underway.

“The NSW Government will work closely with all stakeholders to leverage the potential opportunities this precinct will create. It will further strengthen the Coffs Coast’s economic and cultural future,” Mr Singh says.
Source: Nixco media release